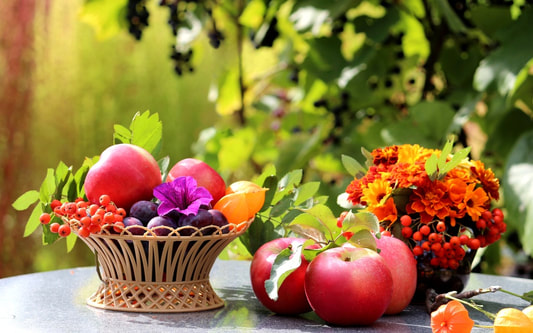 The Dangers of Meat Eating
A Powerful Speech
Chicken

Hot Dog = Cancer
Meat of the Near Future
​
Meat Beyond Vegetarianism

Whether you are a vegetarian or not, remember that the

​purification of the mind is the most important thing in Buddhism

"One who kills a mere ant will fall into hell, to say nothing of those who kill fish or birds."

"One who eats meat kills the seed of great compassion... O Kasyapa! I, from now on, tell my disciples to refrain from eating any kind of meat. O Kasyapa!

There are differences of opinion between Buddhists on this issue so we will attempt to present the arguments of those who believe that vegetarianism is necessary for Buddhists and those who do not.

Vegetarianism was not a part of the early Buddhist tradition and the Buddha himself was not a vegetarian. The Buddha got his food either by going on alms rounds or by being invited to the houses of his supporters and in both cases he ate what he was given.

Before his enlightenment he had experimented with various diets including a meatless diet, but he eventually abandoned them believing that they did not contribute to spiritual development.

The Nipata Sutta underlines this point when it says that it is immorality that makes one impure (morally and spiritually), not the eating of meat. The Buddha is often described as eating meat, he recommended meat broth as a cure for certain types of illness and advised monks for practical reasons, to avoid certain types of meat, implying that other types were quite acceptable.

However, Buddhists gradually came to feel uncomfortable about meat eating. In 257 BC King Asoka said that in contrast to before, only two peacocks and a deer were killed to provide food in the royal kitchens and that in time even this would be stopped.

By the beginning of the Christian era meat eating had become unacceptable, particularly amongst the followers of the Mahayana although the polemics against it in works like the Lankavatara Sutra indicates that it was still widespread or a least a point of controversy. Tantric text dating from the 7th and 8th centuries onward, frequently recommend both drinking alcohol and eating meat and both are considered fit to offer to gods.

This was probably as much an expression of the freedom from convention which Tantra taught as it was a protest against Mahayanists to whom practices like abstaining from drink and meat had become a substitute for genuine spiritual change.

Today it is often said that Mahayanists are vegetarian and Theravadins are not. However the situation is a little more complex than that. Generally Theravadins have no dietary restrictions although it is not uncommon to find monks and lay people in Sri Lanka who are strict vegetarians. Others abstain from meat while eating fish.

Chinese and Vietnamese monks and nuns are strictly vegetarian and the lay community try to follow there example although many do not. Amongst Tibetans and Japanese Buddhists vegetarianism is rare.

Buddhists who insist on vegetarianism have a simple and compelling argument to support their case.

​Eating meat encourages an industry that causes cruelty and death to millions of animals and a truly compassionate person would wish to mitigate all this suffering. By refusing to eat meat one can do just that.

Those who believe that vegetarianism is not necessary for Buddhists have equally compelling although more complex arguments to support their view.

(1) If the Buddha had felt that a meatless diet was in accordance with the Precepts he would have said so and in the Pali Tipitaka at least, he did not.

(2) Unless one actually kills an animal oneself (which seldom happens today) by eating meat one is not directly responsible for the animal's death and in this sense the non - vegetarian is no different from the vegetarian. The latter can only eat his vegetables because the farmer has ploughed his fields (thus killing many creatures) and sprayed the crop (again killing many creatures).

(3) While the vegetarian will not eat meat he does use numerous other products that lead to animals being killed (soap, leather, serum, silk etc.) Why abstain from one while using the others?

do not depend on what one eats and therefore diet

​is not a significant factor in spiritual development.

Some will accept one point of view and some another.

Each person has to make up his or her own mind.

Ruegg, D.S. "Ahimsa and Vegetarianism in the History of Buddhism" in Buddhist Studies in Honour of Walpola Rahula. S. Balasooriya, (et.al) London, 1980; 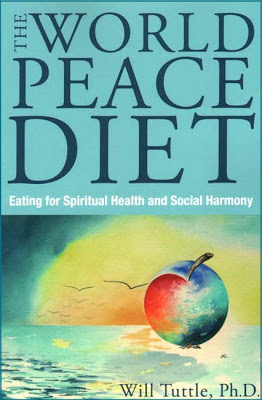 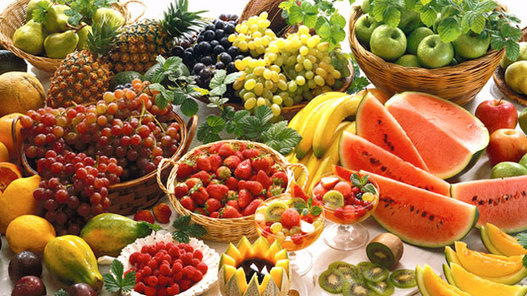 Buddhists should be vegetarians, shouldn't they?

Not necessarily. The Buddha was not a vegetarian. He did not teach his disciples to be vegetarians and even today, there are many good Buddhists who are not vegetarians.

But if you eat meat you are indirectly responsible for the death of a creature. Isn't that breaking the first precept?

It is true that when you eat meat, you are indirectly and partially responsible for killing a creature but the same is true when you eat vegetables. The farmer has to spray his crop with insecticides and poisons so that the vegetables arrive on your dinner plates without holes in them.

And once again, animals have been killed to provide the leather for your belt or handbag, oil for the soap you use and a thousand other products as well. It is impossible to live without, in some way, being indirectly responsible for the death of some other beings, and this is just another example of the First Noble Truth, ordinary existence is suffering and unsatisfactory.

When you take the First Precept, you try to avoid being directly responsible for killing beings.

Mahayana Buddhists don't eat meat.
​
That is not correct. Mahayana Buddhism in China laid great stress on being vegetarian but both the monks and laymen/laywomen of the Mahayana tradition in Japan and Tibet usually eat meat.

But I still think that a Buddhist should be vegetarian.

Because such a person obviously has a good heart.

Exactly. One who eats meat can have a pure heart just as one who does not eat meat can have an impure heart. In the Buddha's teachings, the important thing is the quality of your heart, not the contents of your diet.

Many Buddhists take great care never to eat meat but they are not concerned about being selfish, dishonest, cruel or jealous. They change their diet which is easy to do, while neglecting to change their hearts which is a difficult thing to do.

So whether you are a vegetarian or not, remember that the purification of the mind is the most important thing in Buddhism. 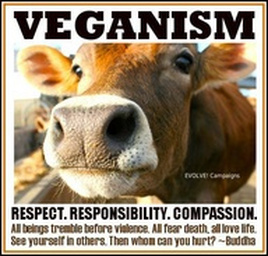 “All beings tremble before violence. All fear death, all love life.
See yourself in others. Then whom can you hurt?” 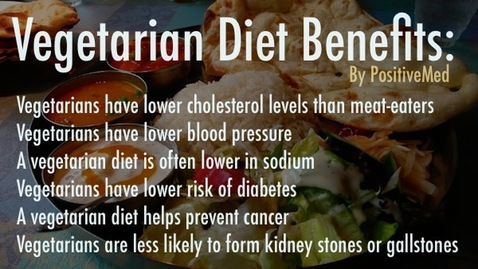 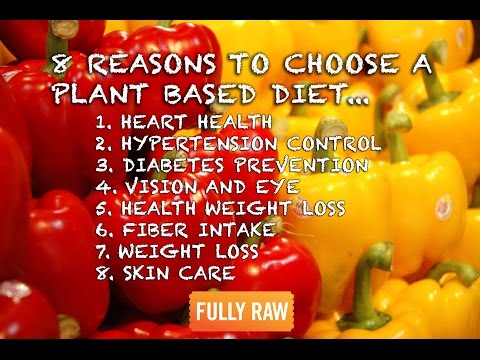 "One who kills a mere ant will fall into hell, to say nothing of those who kill fish or birds."

Every being, from the highest sage on down to the smallest mosquito or gnat, holds life to be its most precious possession. To deprive a being of life is to commit the gravest kind of sin.

When the Thus Come One [Buddha] appeared in this world, he made compassion for living things his basis. And as an expression of compassion for life, to refrain from taking life and to provide sustenance for living beings are the most important precepts."

There are other passages, but these are the main two.

In Nichiren's time, because Buddhism was so dominant [in Japan], very few people ate meat, and those who did were looked down upon.

There are stories of the Buddha's past lives which Nichiren often quoted, they are recorded in

'The Garland of Birth Stories': / http://www.softerviews.org/DPPN/Jatakamala.pdf

"A dove was being chased by a hawk, and the dove flew into King Shibi's robe for protection. King Shibi gave his own body to the hawk, so that the dove could escape. King Shibi was Shakyamuni Buddha in a past life."

"In a past life, Shakyamuni Buddha was a prince, he came across a tigress who had just given birth and was too weak to feed herself or her cubs. Shakyamuni then gave his own body to her so that her and her babies would survive."

The Lotus Sutra, the Buddha's greatest teaching, states that the Buddha's followers should not associate with those who hunt, fish or engage in other 'evil occupations'.

"A bodhisattva-mahasattva is not intimate with... hunters, fishermen,
and [those engaged in] these evil pursuits."

"One who eats meat kills the seed of great compassion... O Kasyapa! I, from now on, tell my disciples to refrain from eating any kind of meat. O Kasyapa!

​When one eats meat, this gives out the smell of meat while one is walking, standing, sitting or reclining. People smell this and become fearful. This is as when one comes near a lion. One sees and smells the lion, and fear arises. O good man!

When one eats garlic, the dirty smell is unbearable.Other people notice it.
They smell the bad smell. They leave that person and go away.
Even from far off, people hate to see such a person.

They will not come near him. It is the same with one who eats meat. It is a similar situation with all people who, on smelling the meat, become afraid and entertain the thought of death.

All living things in the water, on land and in the sky desert such a person and run away. They say that this person is their enemy. Hence the Bodhisattva does not eat meat." - Ch 7