Dr. Ikeda is one of the richest men in the world.

his net worth to be in the billions of dollars.

Dr. Daisaku Ikeda is a

​Honorary Member of the Club of Rome 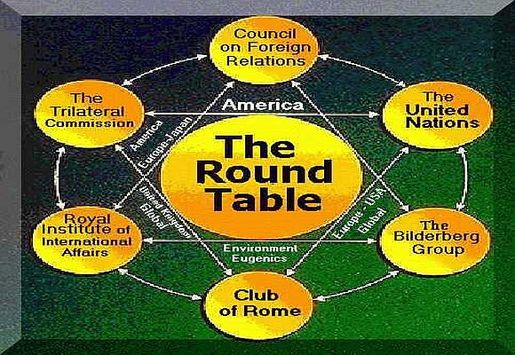 Who are the Club of Rome?

​Founded in 1968 by Italian industrialist, Dr. Aurelio Peccei,
the Club of Rome is a global think tank that deals with a variety of international political issues.

and the Bilderberg Group.

​According to the Club of Rome's publications,

the common enemy of humanity is man.

“The common enemy of humanity is man.
In searching for a new enemy to unite us, we came up
with the idea that pollution, the threat of global warming,
water shortages, famine and the like would fit the bill. All these
dangers are caused by human intervention, and it is only through
changed attitudes and behavior that they can be overcome.
The real enemy then, is humanity itself." / Club of Rome

​ One of the major goals of the Club of Rome is

to reduce the world’s population by 2 billion people

through war, famine, disease and any other means necessary.

In 1976, the United States Association of the Club of Rome

(USACOR) was formed for the purpose of shutting down

The Club of Rome commissioned Zbigniew Brzezinski, Carters National Security Advisor, (who also with David Rockefeller formed The Trilateral Commission in 1973), to write The Technetronic Era.

​This is a post-industrial zero growth plan designed in part to cripple U.S. industry in order to prepare us for the New World Order.

NATO-Club of Rome officials charged with urgent anti-NASA action were Harland Cleveland, Joseph Slater, Claiborne K. Pell, Walter J. Levy, George McGhee, William Watts, Robert Strausz-Hupe (U.S. ambassador to NATO) and Donald Lesh. In May 1967 a meeting was organized by the Scientific and Technological Committee of the North Atlantic Assembly and the Foreign Policy Research Institute. It was called "Conference on Transatlantic Imbalance and Collabora-tion" and it was held at Queen Elizabeth's palatial property in Deauville, France.

The basic purpose and intent of the conference at Deauville was to end U.S. technological and industrial progress. Out of the conference came two books, one of which is mentioned herein, Brzezinski's "Technotronic Era." The other was written by conference chairman, Aurellio Peccei, entitled "The Chasm Ahead." Peccei largely agreed with Brzezinski, but added that there world be chaos in a future world NOT RULED BY A ONE WORLD GOVERNMENT.

A Dialogue Between East and West

A leading educationalist, political thinker and economist, Ricardo Diez-Hochlietner was President of the Club of Rome between 1991 and 2000, and was active in leading positions at the World Bank, UNESCO, and the Organization of American States. He has also served as Vice-Minister for Education in Columbia and Under-Secretary of State for Education and Science in Spain.

Some current members of the Club of Rome
“The common enemy of humanity is man.
In searching for a new enemy to unite us, we came up
with the idea that pollution, the threat of global warming,
water shortages, famine and the like would fit the bill. All these
dangers are caused by human intervention, and it is only through
changed attitudes and behavior that they can be overcome.
The real enemy then, is humanity itself."

Some current members of the Club of Rome:

Mikhail Gorbachev – CoR executive member, former President of the Soviet Union, founder of Green Cross International and the Gorbachev Foundation, Nobel Peace Prize winner, co-founder (with Hidalgo) of the Club of Madrid, co-author (with Strong) of the Earth Charter.

Diego Hidalgo – CoR executive member, co-founder (with Gorbachev) of the Club of Madrid, founder and President of the European Council on Foreign Relations in association with George Soros.

Ervin Laszlo – founding member of the CoR, founder and President of the Club of Budapest, founder and Chairman of the World Wisdom Council.

Anne Ehrlich – Population Biologist. Married to Paul Ehrlich with whom she has authored many books on human overpopulation. Also aformer director of Friends of the Earth and the Sierra Club, and a member of the UN's Global Roll of Honor.

Robert Muller – former Assistant Secretary General of the United Nations, founder and Chancellor of the UN University of Peace.

Father Berry Thomas – Catholic Priest who is one of the leading proponents of deep ecology, ecospirituality and global consciousness.

Stephen Schneider – Stanford Professor of Biology and Global Change. Professor Schneider was among the earliest and most vocal proponents of man-made global warming and a lead author of many IPCC reports.

Garret Hardin – Professor of Human Ecology. Originator of the 'Global Commons' concept. Has authored many controversial papers on human overpopulation and eugenics.

(these can be found on the membership lists of the COR (here, here, and here), Club of Budapest, Club of Madrid and/or CoR National Association membership pages)